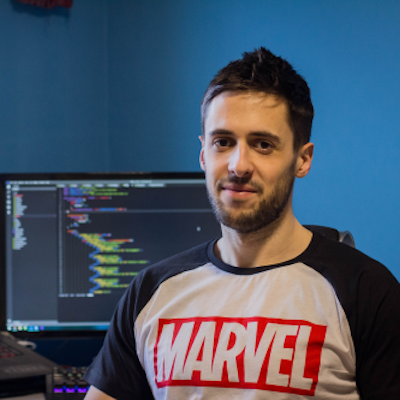 I am a software engineer with a Master’s degree in Computer Science from the University of Sarajevo, Bosnia and Herzegovina.

Computer science became a passion of mine since the late 90s while I was quite young and had first contact with a PC running Windows 95. Since then I guess I’ve spent the majority of my life in front of a computer screen, either gaming during the younger age, or later playing around and experimenting with web design and development.

Nowadays I am primarily a web developer working on various stuff related to the ever expanding and complex world of web development, exploring latest technologies and having a big appreciation for open source and the community in general. I like learning about new technologies every day, especially about (front-end) web development, but also areas of machine learning and data mining.

Outside of work life, I like reading blogs and books, watching documentaries mostly about astronomy and psychology, but also movies in general. Enjoy swimming, playing tennis, watching Formula 1 and driving go-karts.