Advances in Web Development in the Past Few Years

It's the year 2016. I was overwhelmed to have landed my first job at a prominent Multi-National Corporation. I'd stepped in as a software developer ready to put his skills to good use. I was lucky to have had the freedom to choose a line of work that I preferred. Web Development it was, and I love it to the core today. One gets to be at the fore-front of building products for the web and shaping end-user experiences. I've personally seen a tremendous shift in the way web applications are built today, let's dive right in.

The Era of Native JavaScript

Before the concept of SPAs or Single Page Applications was introduced, I mostly saw developers relying on native JavaScript to build UIs. It could be pure JavaScript combined with a library such as jQuery, PHP, ASP.NET etc. All of them had one thing in common. There weren't very easy to maintain and scale. Let's see a few bottlenecks:

In simple words, SPAs dictated that while using a website, a user must always stay on the same page throughout a session. No reloads or navigation must occur.

To achieve this, Google blessed us with a framework called AngularJS, which in my opinion forever changed the web development space. The most prominent change was the MVVC architectural pattern. Changes on the logical side automatically reflected on the view. One didn't have to change the view manually. There was two way binding, changes in the view would reflect on the logical side as well, effortlessly.

This was a major relief. Developers could now focus on optimising and streamlining the logic and hand over the dirty job of updating the view to the framework. We also saw the onset of other libraries and frameworks such as ReactJS and VueJS which also gained popularity pretty fast.

Ryan Dahl introduced NodeJS in 2009 which, for the first time, enabled JavaScript to run on the server side. The ease with which one could create REST APIs and web servers was jaw-dropping. Although it took a few years for NodeJS to become popular, it's used extensively to power web applications today.

JavaScript had been becoming increasingly powerful. First, Facebook gave us ReactJS. It then decided to give us React-Native too. One could build native Android and iOS applications with a common ReactJS based codebase. Ionic Framework also gained mass attention, which was a superb framework leveraging Angular to build HTML5 mobile applications. Other frameworks were also introduced such as NativeScript. Today, one need not know Java and Objective-C/Swift to build mobile apps, thanks to JavaScript and its ever increasing prowess.

Electron is a framework that allows you to build desktop applications using the Chromium rendering engine and a Node.JS runtime. There could already be apps sitting in your system built on Electron, some of the popular ones being VSCode, Postman, Atom, WhatsApp Desktop etc.

With so many JavaScript based frameworks on offer, a web developer today can develop apps for the Web, Mobiles and Desktop Applications as well. This wasn't possible before. One would need to know separate core languages to be able to build all types of apps, but not anymore. It doesn't end here. There are Service Workers, Progressive Web Applications, Powerful Web Analytics as well (Oh, and Micro Front-End Architecture too). I shall discuss them in my next story. Thanks for reading.

Wonderful ! Javascript has evolved like no other lanuguage in the recent years. In my view, the introduction of Node and Angular changed the entire fate of Javascript. 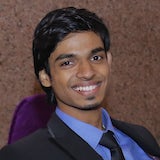 I second that. Thanks for reading.