AI in Testing: Do You Need It? This Post will Help You Decide! 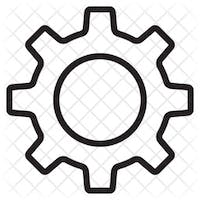 What everyone must know about AI in testing?

Artificial Intelligence is the buzzword that we frequently keep hearing. Its widespread popularity and influence can be understood from the way industries adopting AI in their organization. Whether it’s Healthcare, Automobile, Banking & Financial Services, or Airlines, many industries have started adopting AI.

Artificial Intelligence has not only impacted industries, it has also empowered the SDLC for faster development and deployment. The combination of automation testing and AI has numerous advantages.

Software testing needs a notable amount of time to validate the quality of an application. As manual testing takes more time, automation testing supports in handling repetitive tasks, with a greater focus on the new implementation to catch the defects faster. Similarly, in addition to automation testing, AI can support automation by creating faster tests (test generators), handling changes (Self-healing tests), and reducing the number of lines of code.

The quality of the product is ensured through testing. And the accuracy of testing is ensured by QA. But to err is human because even an experienced tester can commit mistakes while performing a repetitive task. Automation testing prevents those mistakes, and an increase in the volume of data for repetitive tasks never impacts the quality of the test. AI-generated data supports creating accurate data and reduces time.

A lot of thinking persists as to whether AI will replace the QA testers’ job. However, that’s not the case. In fact, AI will never replace the role of a tester. Testers will be able to test better with the help of AI-powered tools.

There are few common things between traditional testing and AI,

Analyze and Clean the Test Data

Upgrade on the applications

· Real-Time Dashboard for displaying the current status of the Bug

· On every release, find the change detection in the object parameters across the scripts

· Self-healing scripts, when there are new CR/Upgrade/Patches

· The dashboard on the Requirement Coverage system

· Agent-based System Modelling will be handled for Performance Testing

Being a QA, either we can use AI for testing, or we can start testing AI. For both of these, we need to understand AI. Let’s explore AI.

Tags:#software-testing#artificial-intelligence#automation-testing-1
Start a personal dev blog on your domain for free and grow your readership.