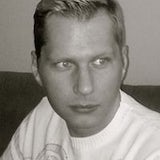 Hi Andrew, You've got hired by Facebook just recently, Congratz! What are your responsibilities and how is Redux affected if its affected at all. 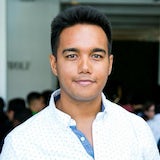 I'm only in my third week so I'm still in Bootcamp. (Bootcamp is Facebook's onboarding program for new engineers. It typically takes about 6-8 weeks, and it's used to both familiarize yourself with Facebook's product and engineering practices, and also to help you figure out what team you want to join.) Once I'm done with Bootcamp, I'll be joining the React team—which is exciting for many reasons, including that I'll be on the same team as Dan!

I doubt Redux will be be affected. However, one of the negative consequences of Redux's phenomenal success has been a trend away from using React's component state. There's a common misconception that using component state is bad or an anti-pattern because it's not as pure or functional as a Redux reducer. But not everything belongs in a global Redux store, and local component state is often the more appropriate place for many kinds of state in your app. I believe what people are really responding to is the awkwardness of the setState API, which has some edge cases and quirks that can be confusing. (See this Twitter thread for an example: https://twitter.com/acdlite/status/778268473772285952) The React team is interested in exploring ways to make the state API more functional and "Redux-y."