Ask anything to Vue.js Team 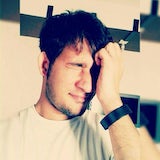 Are there any plans for an official package, similar to React Native, for Vue?

Do you feel that if Vue has a Native package (Vue Native 😎), it's adoption would see a rapid growth and hopefully be adopted & supported by major players?

Thank you for your amazing work. Kudos 🙌 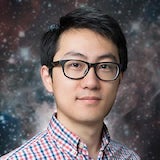 Currently we have no plans for such an initiative to be taken on by the core team itself, because there are already existing solutions such as Weex and NativeScript + Vue. The core team has limited bandwidth and it would be unwise to invest time in yet another competing solution.

We know that Weex, being from a Chinese company (alibaba), its documentation, learning resources and community engagement in the western world are not as abundant as those of ReactNative, but the core technology itself is absolutely rock solid. It has been used in production at Alibaba for almost 2 years, and has endured the tests of extreme scenarios (the "double 11", similar to Black Friday except with even higher traffic).

NativeScript + Vue is also interesting - although not as mature as Weex/ReactNative at this point, it's definitely worth keeping an eye on.

From the team's perspective, I think it's worthwhile for us to bridge the gap of adoption, helping these projects with better documentation, and a better onboarding experience as smooth as using Vue itself.