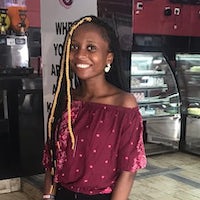 The tech space keeps developing with new technologies rising from time to time of which augmented and virtual reality is part of. The idea of it always got me fascinated 😱 to know about it , how it works , how i can use it in real life applications.With that i put together a simplified version of the whole concept with the help of some online resources.

Augmented reality (AR) refers to any technology that ‘augments’ the user’s visual (and in some case auditory) perception of their environment.”

Put in another way -Augmented reality (AR) is superimposed digital information overlaid on a user’s view of a physical environment. Unlike VR, AR is not a simulation of reality – rather, it integrates and adds value to the user’s interaction with the real world 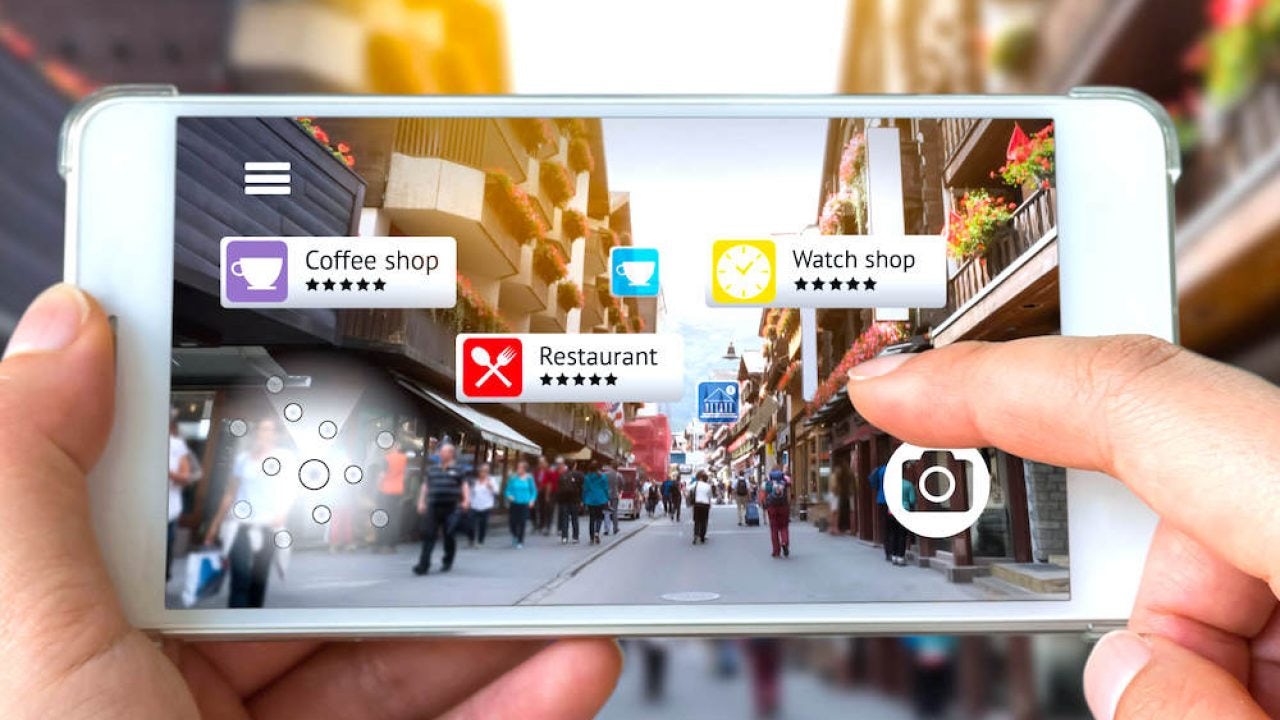 Augmented reality technology presents users with virtual objects in their natural environment such as users looking at a smartphone/tablet screen, see information about the things they are looking at. Virtual reality does not entail someone wearing a clunky helmet attached to a computer with a thick cable

Virtual reality (VR) on the other hand is an artificial environment that is created with software and presented to the user in such a way that the user suspends belief and accepts it as a real environment.

virtual Reality can be considered an extremely immersive experience that you can enjoy safely and simulate something real. By using a Virtual Reality headset or applicable application, you can enter into special simulations. These simulations are designed to be extremely immersive experiences which the user can interact with and explore. The viewer controls the environment and has the power to look around at any scene as well as potentially interact with the objects in the scene 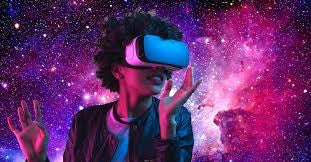 Augmented and virtual reality can be vastly applied in various areas; from interactive and immersive weather reports to helping fighter pilots find their targets day or night, AR and VR has proven itself as a powerful aid for industry and the general public at large. Some of its applications such as :

Virtual reality immerses people in experiences, often with a lot of expensive technology such as headsets. Augmented reality, on the other hand, usually starts with a real-life view of something (such as the camera of a mobile phone), and projects or inserts images onto the screen or viewer. The appeal is obvious. Both offer an innovative way to immerse customers in an even more engaging, interactive and personal experience. But, it’s easy to get confused by the terminology 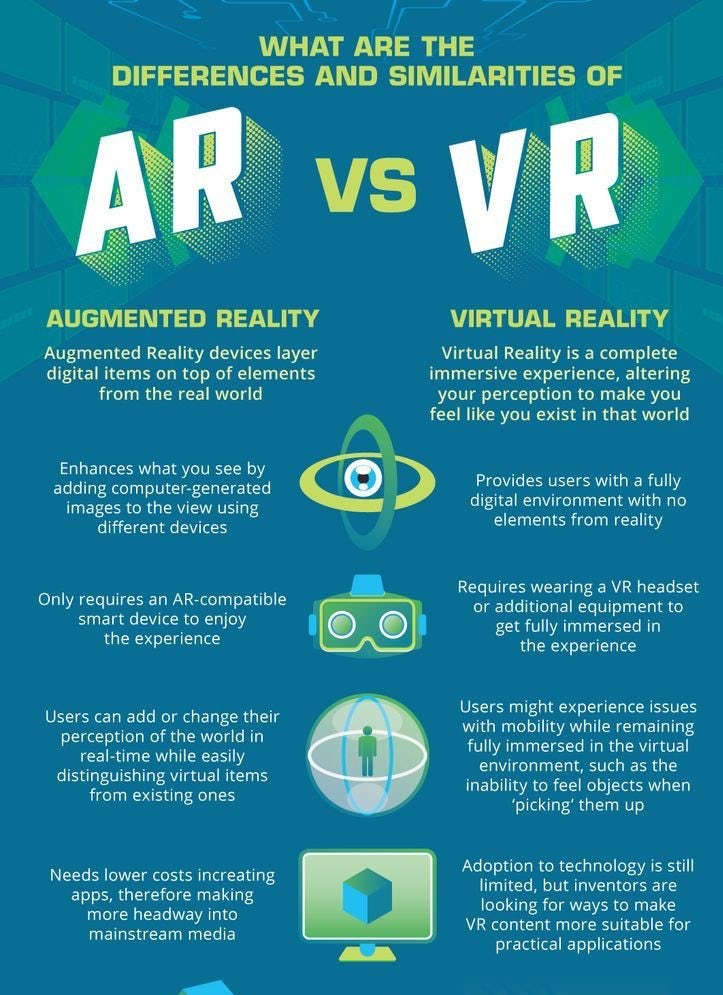 Augmented and Virtual Reality is a wide concept and the learning process continues.

More resources on it :