Which frameworks would you consider best for creating mobile apps for both Android and iPhone? My own suggestion would be Native Script as I already know Vuejs 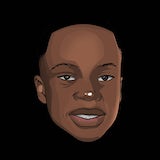 I would say flutter but personally I don't use it. I use React Native. All these mobile app frameworks have their pros and cons, so you have to look into that and see which one favours you or the project you want to work on. What I did is that, through my research, I found out that Flutter was better than React Native but I still chose react native. I did that because I already knew React so learning React Native would not only be easier but faster. So as you said you already know Vuejs, I would suggest you learn or use Native Script but if you have time to learn something else, then go ahead and look for the one that meets your needs and learn it. There are other frameworks apart from the ones mentioned such as ionic, xamarin, adobe phonegap and a whole lot more. So the key is to check them out and see which one meets your needs or learn what you already have knowledge in. And having basic knowledge in the top mobile app frameworks is also beneficial. It helps in finding jobs and working with other developers. I even plan on learning flutter, Vue and angular some time in the future even though I'm a React developer. Hope this helps 😊