Getting started with Docker: Basic commands you need to know !! 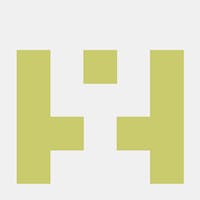 Docker is a widely used open source platform which packages an application and all its dependencies together in the form of containers.
For better understanding the concept of Docker, let us first go through some basic concepts related to it.

What is a dockerfile?

What is a docker image?

What is a container?

Now let us look at some basic docker commands that helps to achieve containerization.

3. docker pull: This command pulls the specified image from docker hub to your local machine.
Syntax of the command is: docker pull “image name”

We can check whether the image was pulled or not by using "docker images" command again.

4. docker run: This command searches the specified image and creates a container based on that image.
Now, let us look at some variants of this command.

Here, I tried to stop a container with id 56358 and later verified it using docker ps –a command.

Here, I started the container 56358 and checked it using docker ps command.

This brings us to the end of this article. So, these were the basic commands to get started with docker and containers.

Tags:#docker#containers#ci-cd#devops#linux
Start a personal dev blog on your domain for free and grow your readership.