I am Brian Holt. Ask me anything. 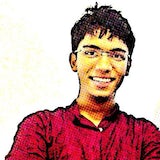 node, coffee and everything in between

Hey, Brian; another Seattleite here! Cheers from U-District and thanks a lot for the AMA!

I am going to digress here from the core topics and ask something about Microsoft's recent involvement in the Linux Foundation and the patent infringement claims made by Microsoft against TomTom for using GNU and Linux. While I am aware that this happened a while back, I want to know why did this happen in the first place. Linux is something for the community and by the community so what's the need to file for IPR violations in lieu of just supporting the development (which is happening right now, after oh-so-many lawsuits.)

And do you think that the announcement of the Sphere OS means anything to the Linux community? The reason why I am asking this is because unlike other Linux-based operating systems, Sphere OS requires Visual Studio for development; this tightly-coupled architecture is one, I would say, bad in taste. 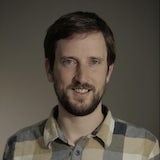 I hate to give a non-answer but I just don't know anything about either thing. Legal is totally outside my wheelhouse and above my pay grade but in general it makes me sad to see companies litigating over Linux.

I'll look into the Sphere OS stuff too.

On the whole, if it's bad for devs you can expect to see Satya Nadella shut it down. Trust is won in drops and lost in buckets and Microsoft is out to earn your trust. (more-or-less a quote from Scott Gutherie)

Oh, alright! I can understand!

Yeah, we have seen some improvements when it comes to Satya Nadella; Microsoft has really started taking the Open Source community seriously and that is a step in the right direction.

One thing for which I really respect Microsoft is this: their development tools are available for everyone to use and contain all the features you might require (VS Community is honestly more than enough for most, if not all, developers). So, with the recent GitHub acquisition, let's hope we see free private repositories and a bunch of other cool stuff!