I am James Kyle. Ask me anything. 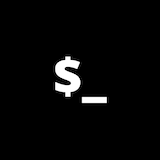 Hi James, Thanks for the AMA.

I have a little weird question. Something which has been bugging me for a long time. I see many popular and capable developers join big companies like Facebook and Microsoft. Most of you then leave these companies in 1-2 years. What's the most common reason for this? What was your reason? I personally wouldn't leave companies like these (beautiful offices, great minds and big projects). 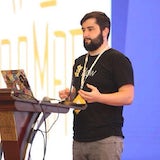 I’m not sure I really agree with that assessment anymore than the fact that developers tend to move between jobs more quickly than other professions. I know plenty of open source developers who have worked at the same place for 5-10 years and have no plans to leave.

There’s probably a lot of reverse survivor bias (surely someone will label it better than me) involved in what you’re noticing. The people that leave are the people you hear about.

I left Facebook because I hated it there. Other people love it there. We’re different and we want different things. Nothing weird about it.

I didn’t really like Facebook when I was joining either. I joined because I thought I needed to go to a big company to do open source at the scale I wanted to do it at in a sustainable way. Turns out it really doesn’t matter how big your company is, it’s really not that expensive for a business to invest in open source.

Also, "beautiful offices, great minds and big projects" aren't really good reasons to work for a company in my opinion. Some of my favorite jobs were at companies with shitty offices, they didn't have any "super geniuses", and their projects in of themselves weren't all that exciting. But I still learned a lot at them, I grew as a developer, I made great friends, and I enjoyed my time there.

I already said this in my response to another question: I don’t want to hire and work with the “smartest people”, I want to work with a group of people that gives each other confidence taking on bigger and bigger challenges.

I didn’t get that at Facebook and so I didn’t enjoy it.