I am Michael Jackson, Thriller, co-author of React Router and creator of unpkg. Ask me anything! 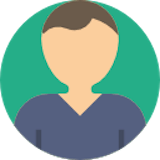 unpkg is awesome. How did you come up with the idea? What motivated you? 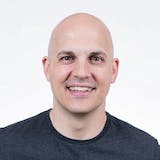 unpkg is actually an idea that I had while working on React Router. People would ask us occasionally if we had a copy of the router hosted on a CDN somewhere so they could just drop in a <script> tag and use it on their project.

At that time the main CDN provider was CDNjs. So I checked out their GitHub repo and tried to add React Router. But the git clone took about half an hour and it took several minutes just to check out a new branch because all files on CDNjs are stored in that repo! In addition, once I finally submitted my PR I was told I needed to change some stuff, so I was going to have to go back and change things. And that's when I thought, y'know, we're already publishing our global UMD builds in our npm package. If there were some kind of reverse proxy in front of the npm registry that could just serve files with the right Content-Type, I bet that's all we'd need. So I hacked something together in an airport one night as I was waiting to board the plane and published it as npmcdn.com. About a year later I changed the name to unpkg.com and it stuck.

BTW, I want to say here that I've had the pleasure to work with some awesome sponsors for unpkg over the years, the main one being Cloudflare. If you haven't used them for your sites, check them out!