I am Ryan Florence. Ask me anything. 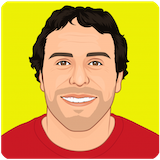 What's the best career advice you've ever received? And by whom? 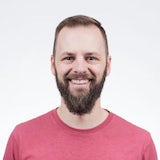 Alright, so I used to be securities licensed and sold retail finance: mutual funds, insurance, etc.

I had a sales manager then named Mickey, a bit large, tall, southern good ol' boy. Spoke with the accent you'd expect. When he said "Ryan" it sounded more like "Ron" or "Rahn".

Rahn, getting the sale is a lot like getting a date with a girl. Your chances go WAY UP if you ask.

That has always stuck with me. I say it to Micheal often whenever we're working a contract or trying to get in the door somewhere.

A second phrase that has influenced my career a lot was from my direct manager when I was in sales. He'd regularly say:

It worked so well, I quit doing it.

That is to say, sometimes we have an idea, and it works so well, we forget that the reason we're being successful is because of it. Eventually you don't need that thing anymore because of your success, at which point, the success starts fading and you eventually think "What the heck? What's wrong?" and you realize you quit doing the thing that made you successful.

This makes a lot of sense for marketing/sales strategies, but also code. I often get really lazy with tests. They work so well, I quit thinking I need them cause "the app has been stable for a long time, these tests are a waste of time."

The tests worked so well, I quit writing them. Months later, the app is a wreck.