I am Suz Hinton. Ask me anything. 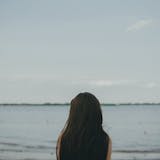 Hi Suz! What are the few things you have learned about beginner programmer after teaching them for so long? 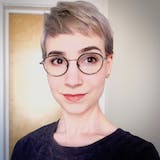 That's a cool question :) I have learned a bunch of things about beginner programmers over the years.

The first is that they blame themselves for almost every failure they have. For example, were they running into issues because of really poor documentation? They'll accept fault for any struggles like this quite commonly. It can be hard at first to tell the difference between personal shortcomings, and the shortcomings of the tool / software / documentation they trying to use.

The second is that curious beginners almost always grow to be really good programmers a lot faster than others. Knowing how to ask the right questions is a learned skill, but those that start with asking "why?" go far.

Beginners always want to know when they'll feel 'ready' for the next challenge, or when they'll stop feeling like they don't know enough. These questions are totally understandable and hit at how overwhelming it is when just getting started. Unfortunately the answer to both is "you'll never feel ready, and you'll never feel satisfied with what you know, but it gets a little easier and feels a little better with time".

The last thing is that beginners often feel that need to have a "thing" or focus really early on. They see people around them with expertise in certain areas and they feel pressure to find that one topic to hone in on. That's a lot of pressure to put on oneself! I'm super annoying and tell them to just wait for it to happen rather than forcing it. Passion and interest comes from emotional experiences with tech, and it can take a while to build those experiences and run into those intense emotions that dictate where we want to focus.