I'm not a developer anymore, am I?

I was in a conversation with some friends yesterday and we were literally talking about this topic. He was lamenting how his interview was all about algorithms, structures, design patterns, data modeling and more but after getting the job, he really doesn't use these things more often but rather does the actual work.

I really don't think it's a bad idea to use other packages and mix them together to achieve your goals, those packages were built to simplify the process and make things faster. We have lots of JavaScript libraries and packages than we had when the language started and I can imagine how JavaScript development would have been without these packages.

I still have friends who still prefer to write their own package and loathe relying on other packages (The so-called "10X"), it's more of a personal preference but using other packages daily to do your actual work is not a bad idea and shouldn't make you feel less of a dev.

If you feel "less of a dev" because of this, try doing some personal projects that'll require fewer packages and you writing more "devy" code and let's see how it goes, in the long run, you're doing the dev work and still using packages at work. 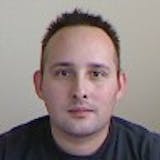 I'm using many packages and I'm usually happy with them. The problem comes when something is wrong with one or more packages and you have to fix/hack them manually. How can check the quality of any package when the most popular ones still have many known issues?

You were talking about JS. This is the most dangerous space of the dev universe :) A typical js project built with one of the most popular fw and extended with many third party packages. So I think every js project is basically same as when any regular user is working with the Excel. Put values into the appropriate cells, apply some built-in functions, use third party macros, generate fancy UI diagrams and so on. Therefore we are users and not developers. But we have no fancy UI to work with just this ugly text editor ;)

BTW, I also know this is exactly same when a car is being built. It contains lot of already existing parts, third party units and the entire stuff built on a common platform which is also used by another type of cars.

So I also think this is good. Until your car is burnt down in the middle of the highway just because there was a bug in one piece of it.