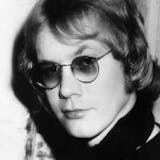 If you are seeing performance benefits from its use, you likely don't know enough about HTML, CSS, or JavaScript to be outputting a damned thing to the client in the first bloody place!

Which is why I'm no fan of GARBAGE like React when it comes to web deployment. (IF I were to use it, it would only be for native crapplets)

As the saying goes:

If you cannot make a fully functional website without JavaScript FIRST, you likely have zero business adding scripting to it!

Good scripting should enhance an already working page, NOT be the only means of providing base functionality.

To that end though, if your page relies on some scripttardery to load before the user can 'interact' with content then you have ZERO damned business making websites! That's why even as SSR "React" is incompetent asshat BULLSHIT!

Content of value, marked up semantically, targeted to specific media with CSS -- if you aren't outputting that first in a manner that works WITHOUT JavaScript, you aren't doing your uncle-huffing JOB as a web developer!

Which also means that if you are in a environment like healthcare, insurance, banking, government, and so forth, your scripttardery will also land your ass in COURT! See the US ADA and UK EQA laws, as well as most contracts in those industries demanding WCAG compliance.

.... and one of the biggest aspects of WCAG compliance is having pages work WITHOUT scripting client side!!!

Though of course, actually having semantic markup is something most developers have ZERO blasted clue how to do, just like all the other things the head-bobbing mouth-breathers are either ignorant of or outright scoff at like separation of presentation from content, progressive enhancement, graceful degradation, and so forth. Hence why so many know-nothings praise bootcrap like it was the second coming ignoring how they piss all over their markup with presentational classes defeating EVERY bit of web development progress made since 4 Strict was introduced -- hence most such dipshits vomiting up 60 to 200k of markup to do 6 to 16k's JOB! Hence the mentally enfeebled wasting 200k to half a megabyte of CSS on doing 24-32k's job! Hence the bloated agonizingly useless megabytes of scripting on websites that have NO LEGITIMATE REASON TO EVEN HAVE JAVASCRIPT ON THEM!!!

Then the scripting junkies have the unmitigated gall to claim their bloated slow loading train wreck improves the user experience? BULLCOOKIES!

Though it's real fun watching the ignorant half-assed bull go bits-up face-down when they go to deploy on a server that's sending CSP headers. <style>, style="", onevent="", <script>var scriptingHere=""</script>, href="javascript:", CSSStyleSheet.insertRule(), eval, pulling frameworks from other servers... WHAT THE?!? Sorry, they no longer exists thanks to a HTTP header we're using, your code is shit, refactor. 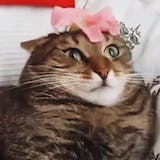 You honestly have no clue what you're talking about. 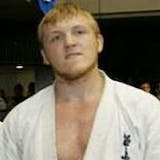 Best answer EVER! Loved it!