LET'S TALK TECH: A conversation with Women in Tech

Many people get lost or frustrated in the world of tech because they ventured into it for the wrong reasons; they are following someone else's path and not discovering theirs or begin their tech journey without sufficient information.

A survey was conducted to know the major interests of the members of the She Code Africa (SCA) UNILAG community and the top four skillsets with the highest number of enthusiasts were Full-stack development, Mobile development, UI/UX design, and Content writing.

We, at SCA UNILAG, decided to have our first event focus on these four skills tagged- "LET'S TALK TECH". Plans were put in place and efforts including reaching out to speakers, the creation of e-flyers and active publicity on social media platforms were made. 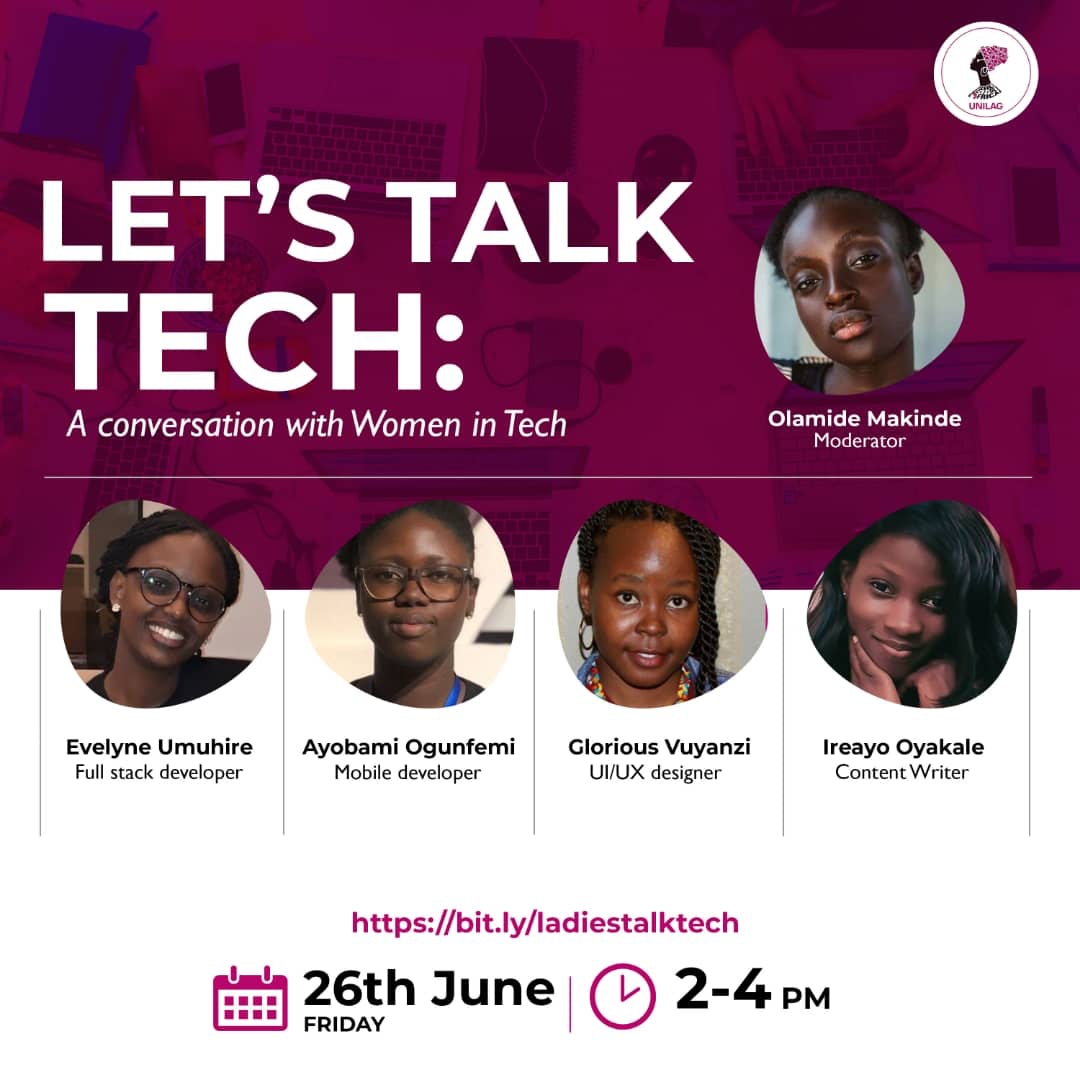 The event was held on the 26th of June, 2020 with over 30 attendees present. It was an expository and interactive panel session aimed at the proper enlightenment of participants on the above-listed aspects of tech so as to stimulate interest in learning what they are most passionate about, expose them to the intricacies involved in the paths they are about to take, challenges they would face, and how to overcome them. 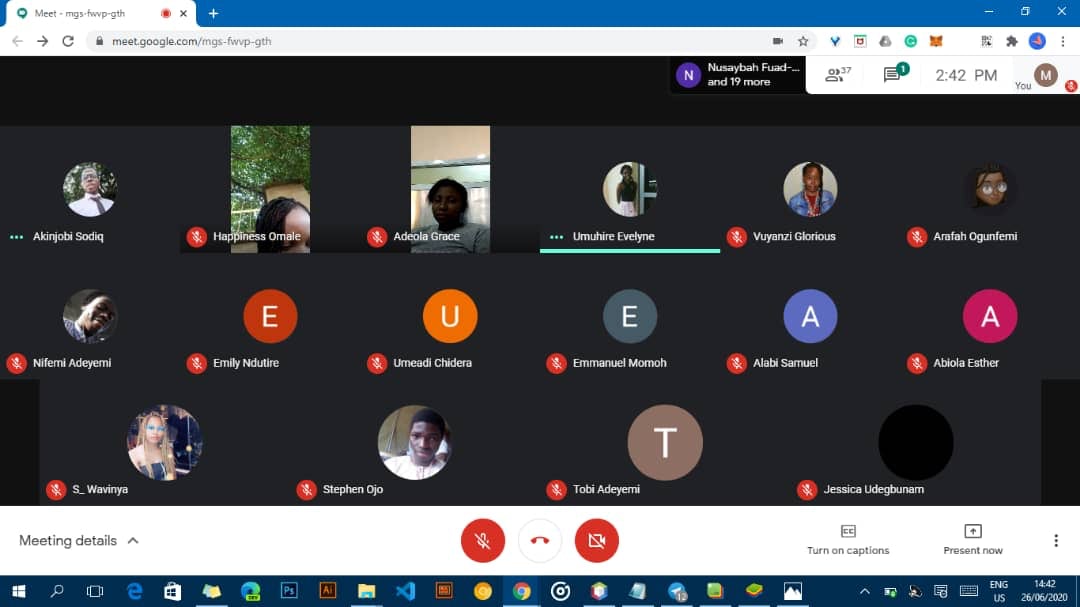 The panellists - Glorious Vuyanzi (UI/UX designer), Ireayo Oyakale (Content writer), Ayobami Ogunfemi (Mobile developer), and Evelyne Umuhire (Full-stack developer) - shared their amazing journey in tech and how they got to where they are today. At the end of the event, questions were asked by the participants on areas that were unclear or new to them. A closing speech was given by the team members and the event ended on a good note.

The first SCA UNILAG meet-up, although virtual, was a success. We are certain that the event made a positive mark on the participants and are looking forward to each and everyone finding her place in the world of tech.