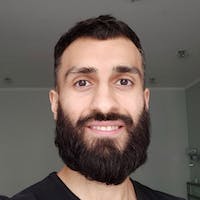 One day I decided to write an application for selecting music. I wanted to organize a stream of music to select something and listen to it at any time. Nothing complicated, right? The architecture was successfully designed, the preparations were completed. But a "little problem" arose. Where to get the song files? At that moment I realized that the whole world of music was plunged into commerce. It's not bad when people want to earn money on their work, but at what cost? When in the end no one but large companies can create a full-fledged music application without resorting to all sorcery.

Then two tasks arose before me:

Initially, I tried to find existing solutions and create everything based on this. After some time searching, ipfs was the first one I liked. I started implementing my idea, but after a while I found several critical problems in this solution:

There were still many minor problems that I don't remember now, but the impression was unambiguous: this cannot be used for my project. I continued to search for a solution, studied various options, but did not find anything suitable.

In the end, I decided that I should try writing a decentralized storage myself. Let it not pretend to be interplanetary, but it will solve my specific task.

spreadable- the main, lowest layer that allows you to combine nodes into a network. It contains an algorithm that I partially implemented based on the calculation of about 10,000 servers. The full version of the algorithm is much more difficult to implement and would require several additional months (maybe more).

storacle - a layer inherited from spreadable that allows you to store files on the network. Each file has its own content hash, which can be used to get it later. Files are not divided into blocks.

metastocle - a layer inherited from spreadable that allows you to store data on the network, but not files. The interface is similar to a nosql database. For example, you can add a file to storage, get its hash, and write it to metastocle by linking it to something.

museria - inherited from storace and metastocle. This layer is directly responsible for storing music. The storage only works with mp3 files and id3 tags.

You can learn as much as possible about how song titles are formed here:

A key match is the percentage specified in the node settings. For example, a value of 0.85 means that if the key comparison function (song names) found a similarity of more than 85%, then this is the same song. Algorithm for determining similarity in the same place, in the function utils.getSongSimilarity().

An example of working with the storage you can find in the readme.

All of the above layers are self-sufficient and can be used separately as lower layers for other projects. For example, now there is an idea to make a layer for storing books.

museria-global - a configured git repository to run your own node in the global music storage network. Clone it and then: npm i && npm start. That's it. You can configure in more detail, run in docker, etc. Detailed information is available on github.

When the repository is updated, you should update your node as well. If the major or minor version number changes, then this action is required, otherwise your node will be ignored by the network.

You can work with songs manually or programmatically. Each node starts the server for different tasks. In particular, when you visit the default endpoint, you will get an interface for working with music. For example, you can go to the root node (the link may not be up to date later, you can get input nodes in telegram, or view updates on github).

There you can search and upload songs. Songs can be uploaded in two modes: normal and moderated. The second mode means that the work is done by a person, not a program. And if you check this box when adding it, you will need to solve the captcha. Songs can be added with the priorities of -1, 0 or 1. Priority 1 can only be set in moderated mode. Priorities are needed to let the storage more effectively decide what to do when you try to replace an existing song with a new one. The higher the priority, the more likely you will overwrite an existing file. This helps fight spam and increases the quality of downloaded songs.

How files are technically added, in a nutshell:

How files are received technically:

I have always been interested in the question, how can we objectively estimate the cost of creative works? Why does anybody sell their music album for $10, $20 or $100. Where is the algorithm? When we are talking about a physical product, or even many types of services, we have at least the prime cost.

Okay, let's take $10. Is it effective? Let's say I listened to an album somewhere or a song from there and decided to thank you. But according to my feelings and material possibilities, $3 is my top. What should I do? I probably just won't do anything, like most people. By setting a fixed price for creative work, you only limit yourself, do not allow a large number of people to send you less money, which in total can be more impressive than those who will buy at the price you set. It seems to me that creativity is exactly the sphere where donations should rule in the first place. To do this, we need:

For example, someone can create a global website where you can donate through the special author's links.

If to narrow it down to musicians,then:

Artists need to verify their nickname and link themselves to it.

In the museria client, we add a function for generating such a link, and all projects using the storage can place buttons for donations with these links next to the songs on their sites/apps. Users can quickly and easily make a donation. Naturally, this approach can be used in any project and creative category, not just through the storage and music.

Why you need the music storage, and how you can participate in it.

The project is now at the very beginning stage. The test network is running, nodes can frequently restart, require updates, and so on. if there are no critical problems during the estimation period, this same network is transformed into the main one.

To view information about the node from the outside: the number of songs, free space, and so on, follow the link below

Well, the site that gave birth to this idea.

#music#storage#javascript#nodejs#decentralized
Start a personal dev blog on your domain for free and grow your readership.