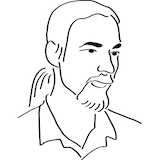 What he said is generally true. But the same goes for most, if not all, languages.

I was around when JavaScript started to hit the first browsers. I saw it emerge there, then in Node and Electron. I personally find it horrible.

If it werenʼt for all the quirks that must be in the language for backwards compatibility (which doesnʼt always work, actually), it could be great. On top of this, all engines are hastily written and are awful resource hogs. Most developers argue that itʼs reasonable to have a developer machine with 8+ CPU cores and 16+GB of memory, but while i can write the same desktop application in C on a much weaker machine, I disagree. It will even be more portable than Electron apps.

I can probably go on for hours, let this be enough. JS was not written for what it is (ab)used for today. Reimplement it from scratch, and you have a powerful tool. Until then, itʼs just an extension to Netscape Navigator.