Spacing for reusable components is hard! 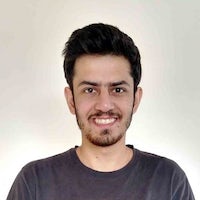 When I started working on cosmos, I didn't think spacing is a big deal. Just add some padding and margins to your component and it looks good.

This post was originally posted on my newsletter a few weeks ago, just saying.

Let's take the example of a heading, it should look the same throughout our application, so let's create a Heading component and keep re-using it.

A heading usually means beginning of a new section, so adding a lot of margin should make sense.

Well, not always. This was quickly challenged when we started building complex compounds like this one:

It's the same Heading component but it doesn't have any top margin because there's a breadcrumb sticking to it. Let's treat that as an exception, we can override it and move on with our lives.

Here's another one with a completely different margin this time. 🤦‍♀️

Should we override this as well?

Okay, clearly there's a pattern here. The heading has consistent styling in all these examples (font-size, color) but different margin requirements.

Each complex component has to decide how to position it's children relative to each other.

So that's sorted, kind of. There are 2 problems to talk about here:

Let's tackle these problems one by one.

1. What margin should I add?

Your goal is to keep vertical spaces between elements on a page consistent with each other. This is where the concept of vertical rhythm comes in.

This doesn't mean you are allowed to use only one margin value throughout. Instead, it means the margin values should be:

When all of your measurements follow the same rules, you automatically get a more consistent UI.

You can do that by adopting a grid system. The 8pt system is probably the most popular one and the one we use (with px)

Now instead of talking about spacing in pixels, you talk about it in terms of spacing size or spacing token. The difference between consecutive sizes are intentionally big, forcing you to pick a side instead of trying to make it look good by hit and trial.

There's no specific reason to pick t-shirt sizes as names, it's just easy to reference them. Imagine asking your designer: Should this component have a small margin or an extra small margin?

Let's go back to our components and use these tokens, shall we?

This solves the first problem, on to the next one now.

2. How do I make my margins maintainable?

In the above examples, complex components are overriding the default margin of the Heading when needed. What happens when this default changes from $spacing-xl to $spacing-l?

One of the above 2 components would break while the other is just fine 🤔. Some of these visual changes might be easy to track while others might be too subtle, This isn't predictable at all!

It looks like the Heading cannot control it's own margin, instead each complex component has to decide how to position it's children relative to each other.

Let's make that a rule:

A reusable component should not have margin or any other positioning property (like float).

Now, you won't have to override a component just to add margin: 0. However, it does create extra work in cases where the default margin would have been perfect. Adding a little boilerplate in exchange for predictability is a good tradeoff.

Both of these code snippets get the job done but aren't reliable because they depend on the implementation detail.

Don't get me wrong, it's a perfectly valid approach if your project is built with good old HTML + CSS. You have to make a commitment not to change the implementation details because it will break the places this component is used. Popular CSS frameworks (like bootstrap) work like this and do a brilliant job.

When you want to make major changes, you can either create a new component or track them with visual tests so that you can update them without breaking.

If you're using React, you are working with a higher layer of abstraction - Component. This gives you the luxury of changing the implementation details without changing it's usage.

Unless of course, you let folks use the implementation details for overrides, then you're stuck.

There are multiple strategies that can work, so I asked the experts for advice.

You can read all the replies to the tweet here. Here are the few patterns that were more popular than others:

These are helper components that are built specifically to add margin around other components.

By using a wrapper, you are not dependent on what's inside of it. Even if the implementation detail of the Heading changes, it wouldn't affect your margin.

I was surprised by how popular this one is. The idea is to use a component that takes space but has no visible content (either with height or margin).

You can create a pretty expressive API for yourself.

The one that appealed to me most was adding a utility-style margin prop on the component, here's what the API looks like:

You can guess what this does, it adds a margin of size spacing-m to the component. (It uses class names to do this, no inline styles over here)

In case you need a different top and bottom margin, you can pass an object instead.

The things that clicked about this pattern was:

If you're curious, I wrote a long form proposal with a sample implementation on the cosmos repo: cosmos/pull/1059

If you're even more curious, you should check out styled-system by Brent Jackson (and 46 contributors) which makes style props based on themes/tokens accessible.

Congrats! You've made it to the end! Spacing isn't as trivial as it looks on the surface, does it? 😅

Now if you're holding your head in dismay and thinking you don't need all this work, that's okay, you probably don't. If you find yourself in a similar situation in the future where you have to build a bunch of robust reusable components, think of this post 😉

Hope this was useful on your journey! 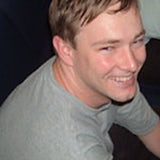 Your solution is interesting but for me it would be slightly overdoing it. There are many other options of how to do this: 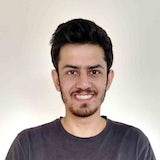 Suggestions 1 and 3 are 💯 and something we are refactoring to.

The line height approach sounds interesting, do you have an article or example I can read more into?

In the post, I've over simplified the examples to make the concept easier to explain. So if it does look overkill, I don't blame you. Reading this might tell the entire picture.

Line-height wouldn't be that much different from margins, it's just that lots of times people use vertical margins where line-heights might be more appropriate. If X and Y need to be Z pixels apart then that could be done with line-height instead of margins. 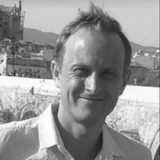 However why not use the decorator as an extra option for your header?

Also do you prefer px over em or rem? I usually opt for rem

A class from your example would work pretty nicely as well

With the margin prop, we are able to merge the styles, so we don't have to deal with specificity of selectors. But, with a margins override, I imagine you would always want it have the highest specificity anyways (! important even)

re: px vs em vs rem. I don't have a strong opinion. I used px in my post because everyone knows how they work

Just be careful with ! important. A rule of thumb is that you have a bad design, if you use them. 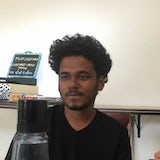 Hey Sid why not totally flexify things here? Ex : According to your above structure let say we have this

This would automativally align everything without having to specify margin everytime right ?. Maybe for page-title/page-sub-title they can have their own class with respective margins.

Here's a secret, we do that in a bunch of places for horizontal alignment (and it's responsive!)

When it comes to vertical alignment, you want to be more strict and use spacing tokens to get the rhythm just right.

Right, to manage vertical alignment using flex would not be as good as horizontal.