To C# people: What do you think about this?

C# is a language I most enjoy working with. But with C# 8.0 out, we've gain this piece of technology:

I used it in no project, and I've never seen something like that in any other language I worked. What do you think? To me, it makes no sense at wall, we just have abstract classes to this kind of job, and the rest we can handle using pure OOP, in my opinion.

C# 8.0 introduces a new feature called Default implementations in Interfaces and this changes many things.

We can think that Interfaces and abstract are somewhat the same now, But an interface cannot have an Instance state, instance fields, instance auto-properties, cannot define class level fields or variables whereas an abstract class can have state.

There are some reasons stated for this change: Extending APIs, Interoperability with Android, iOS, and supporting the traits language feature. 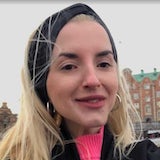 Yes, I think learn c# online language is the easiest and fastest to learn! The basic language is quite easy, but if you are going to learn data structures and algorithms, it may take time, but my experience with was awesome!