Why Angular framework is the next big thing for Enterprise-Ready Web Apps? 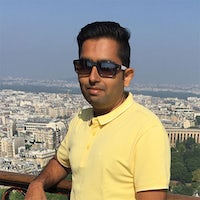 Looking at the demands and the evolution of technologies today, sometimes it amazes us. If we look a decade or two can we imagine a responsive design that could change accordingly to the size of the screen for different devices?

It was the rarest thing in those time and only the thing we could imagine is a website. You know it’s like a beautiful story that started with frameworks. And this story is taking a revolutionary twist at each curve of the frameworks being released.

Nobody could have imagined that giant companies like Google, Facebook, Twitter would also play an important role. Especially, in website development bringing those resourceful frameworks into the limelight. All these frameworks developed for internal projects have huge popularity today.

Such is the power of technology, like-minded people, and community support. While we are discussing responsiveness design, features, functionalities, and customization options for developers.

We have something interesting to talk about today and that’s Angular framework. JavaScript frameworks have already helped and benefitted thousands of start-ups, small-sized companies, and even mid-sized companies at par level. Their exclusive abilities to scale up the website performance is amazing. And this has cut down overall web development costing has hit the market with its popularity.

Why the Angular framework for Enterprises?

But the question is what about enterprise-level companies? Can they foresee robust Web Apps with Angular framework while they tons of operations to carry out?

Enterprises have billions of users to handle each time. In that scenario, it requires a framework to be self-sufficient to fulfil every single need. And, interestingly, Angular has the compatibility feature and is an open-source that can help to boost up the performance.

Angular is also super useful in building mobile apps with the use of the Native Script framework. Additionally, this framework is a cool thing for developing progressive web apps that always require faster-rendering processes.

The angular framework is useful in developing marketplaces, enterprise portals, a lot more that require consistent performance-tuning. Apart from that, the Angular uses two-way data binding that can simplify the synchronization process at a larger scale. Also there are powerful angular templates available with stunning interfaces, which can help you to get your UI/UX done.

You can also build up amazing interfaces not because it’s only the popular framework but for a special reason. And that’s UI defining with HTML for an application. This reduces your time to structure what should load one by one and just place it what you want it.

One of the key reasons that favour the Angular framework is its testing process which is super easy to handle because of modular separation.

Angular as an intuitive tool for building up Web Apps

For developers, it is important to have consistency in coding. The angular framework is the perfect match as it is completely based upon components.

These components make sure that the styling is maintained throughout the design. To smoothen the development process for developers, Angular provides code reusability across the web app with movable components all over.

For novice developers, another positive side with the Angular framework is its documentation that clearly explains each thing. Enterprises find Angular framework very powerful because of Angular CLI that helps them to add every new feature in the least time.

Using a few commands enterprises can perform testing for each component as well as the entire web app. Within Angular framework dependency injectors are well-structured in such a way that any of the injectors can be replaced or changed at any time without worrying about the reconfiguration of components at each time.

Reasons why Angular is Enterprise-ready

With a lot of new features released with every version of Angular, Enterprises have found their home for building promising web apps.

They can customize any components or syntax with their new ideas and implement them in a better way to enhance user experience.

To sum up, the Angular framework is the foreseen future concerning Enterprise Web Apps because of its features.

Developers are finding it very difficult only to deal with back-end development. In that scenario, these frameworks have made it right entry into the market. And this is especially for developers who were waiting for such solutions that could reduce their workload and enhance work efficiency to the maximum.

But, it’s the proper planning and identification of areas for Enterprises where they can implement and get the maximum out of Angular framework for their next Web App.