Why DevOps Is Useful 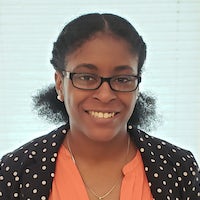 You can't be in the web development field without hearing about DevOps. It's like this thing that everybody knows about, but nobody really understands. Hopefully by the time you finish reading this you'll know what DevOps is and why it exists. It took me a while to figure out its significance, but now I get why it became a thing.

DevOps is a way of handling the lifecycle of an application. It sticks with the project from the minute the code base is created all the way through the to tenth release of production code. It combines two teams that are kept separate traditionally. The development team and the operations team combine into one.

Usually this means that developers learn how to manage the build and deploy processes for the applications they write code for. That means learning how to use tools like Azure or AWS to manage loads and learning how to automate the deploy process. Developers become responsible for every part of the application from writing the code to deploying the production build that users see.

There are a lot of processes going on behind the scenes of every project. You have to deal with bugs that are being reported by users without making more bugs. Then there's the issue of going through the deploy process every time. Are there tests in place to check the code? Can you be absolutely sure that you are doing everything the exact same way each time?

With DevOps, you get rid of a lot of those concerns. The whole process can be automated which keeps the builds and deploys consistent. When you know that your deploy process is consistent, it gives you the confidence to deploy more often. You won't have to wait for a long cycle to finish before you deploy some minor bug fixes.

You can do smaller deploys more often because you know exactly what is happening at every step. That will make customers happier when they use your application because they see a faster turnaround in the requests they make.

There's also an emphasis on monitoring system statistics in most DevOps tools. You'll be able to react to sudden changes in real-time because they will be reported to you. If your application is getting an unusually high amount of traffic, you might need to upgrade your server resources. You can have that automatically happen with DevOps. It's as simple as changing a setting.

DevOps makes the server-side part of the application a little more friendly to work with. Once you've built your build and deploy pipelines, your code will go through the tests and deploy to the develop or production environment automatically and you don't have to do anything or talk to anyone. Having that kind of access changes the way companies handle their software. It takes some time to get used to, but it's worth the investment.

Just like with everything else in web development, there are best practices for working with DevOps. They outline the things you need to implement to be fully into DevOps, but not everyone does all the things. Some people only do continuous integration and delivery, while others might do that as well as some microservices. Here some of the best practices.

There are a few more, but these are the bare bones of DevOps. Some developers might include infrastructure as code and microservices in DevOps and that's great. It makes the application even better! If you learn how to handle at least the three practices above, you'll be able to handle the majority of projects using DevOps.

DevOps sounded weird when I first heard about it, but it makes sense. Why not let the developer handle the deploys as well? That's a serious question. Do you see any major issues with this or does it make things easier? It's seemed to make things easier when it's setup correctly and a bit of a nightmare when it isn't.

Every now and then I like to do a giveaway for my class. This is the time! From June 1 - 30, you can enter for a chance to get a free month of mentoring and training from me! You can enter here If you're even remotely interested in mentoring, this might be a cool opportunity for you.