Why would anyone use Ember.js?

I suspect the same reason people will use react.js -- they don't know enough about HTML, CSS, or JavaScript to be using any of them in the first place.

As evidenced by the API reference website pages for it -- or as it's known with ScriptSafe running "A big blank white empty page". _Graceful degradation, what's that?!? _First time I came across that whilst researching a fix for a client I damned near plotzed.

Since anyone who would build webpages for a simple API reference with nothing in the BODY markup but one empty DIV and some SCRIPT tags PROBABLY doesn't know when to keep it in their pants on when and when not to use JavaScript.

Admittedly, if you were using it for full stack JS crapplet development, then MAYBE it MIGHT serve a purpose... but really if you need something like that you're PROBABLY doing something wrong.

Like not knowing enough about HTML or CSS to even be LOOKING at JavaScript yet.

People should not be berated because they are not purist programmers

Correct, but they should be berated when they've made more work for themselves, made it HARDER for other people to work with it, written two to ten times the code needed to do the huffing job, and flipped the double bird at visitors to the resultant sites!

Which is what ALL of those mind-numbingly idiotic half-assed dipshit frameworks DO!!!

... ANYONE saying that they made it "easier" or "less work" or any of the other LAME EXCUSES thrown out there and parroted by halfwits simply doesn't know enough about HTML or CSS to be opening their bloody yap on the topic. These idiotic bullshit systems claiming to be "easier" or "less effort" or "more productive" just dupe people into never learning enough to know what's ACTUALLY easier.

But sure, let's just keep on telling visitors to websites to bend over and squeal like a pig without so much as the common courtesy of a reach-around or tube of lube!

It is with disgust to the point of nausea that I see nubes and alleged "experts" alike DUPED into using these bloated train wreck laundry lists of how NOT to write a website, and magically think that -- AGAIN -- writing two to ten times the code needed is "easier". Not one single claim about frameworks -- ESPECIALLY in terms of HTML, CSS, or JavaScript -- stands up under the light of scrutiny by people who grasped the point of 4 Strict, bothered learning semantics, or has even a modicum of clue why HTML and CSS are separate in the first damned place. It is ignorant nube-predating scam artist bullshit.

... and the only way it can not upset you is if you've been bullshit by it and still buy into it no matter how mind-numbingly stupid it all is! I've NEVER seen anything built with this type of nonsense that wasn't ignorant incompetently developed trash that likely took five to ten times the effort to build, and didn't prevent the person building it from learning even the most rudimentary basics of the underlying languages!

Oh, and as to "hateful" -- I'm a New Englander. Go back to Starbucks if you want to sing kumbaya around the drum circle. I thought we were talking business not playing pattycake!

There are times I really feel like the last of a dying breed -- people who give a s***! 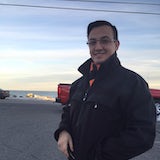 If your type is a breed then yes hate is a breed of developer I hope to not see much more of. There are much better ways to argue a point than this. Sources, examples, comparison code. Teach what you know and share your knowledge. Don't belittle others for not being around as long as you. 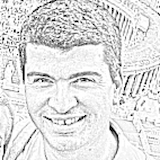 I'm not really a fan, but Ember does many things right, especially about planning and releasing new features.

Wow, nice market-speak double-talk filled with glittering generalities. WHICH "best practices"?!? HOW does it help with integration?!? ... and it goes downhill from there.

People fall for this malarkey? Oh what am I saying, people believe in a magical man in the sky, all bets are off on the amount of manure they will let themselves be spoon-fed.

It's about picking the right tool for the job. A solid framework can save you a lot of time if its purpose aligns with your goals.