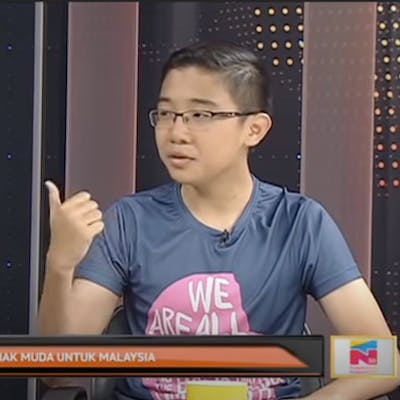 Muhamad Firdaus Ali was born in Osaka, Japan on Nov 5, 2001. He started his exploration in computer science at the early age of 7. Firdaus started building his first website using Joomla! 1.0 platform at the age of 8. At the same age, he discovered a vulnerability at a Windows server of a public university. His interest towards web development was proven when he started participating JoomlaDay Malaysia as one of the committee (2015-2016) and he speaks about Joomla on the Cloud (2017) during the event. He also participated in series of hackathons, voluntary projects and also leading ICT Bureau at his school. At the national level, he participated in the high-level national working group organized by the Ministry of Youth and Sports to develop future canvas of Malaysia, as a youth member at the age of 16. He shares his thoughts and tips on technology and national issues on ML Studios.