that is so bad

that is so good

What are your thoughts? Do you have any insight that can help to guide ourselves among those events and nuances? Is it exclusively a catastrophe or are new horizons opening up? Please, share your point of view.

Losing a lot of employees makes it sound bad, no matter how it's announced.

But it should be kept in mind that adapting is of course much better than continuing on the same path if things aren't going so great. So let's hope it all works well :-)

I actually first noticed the changes because people were moved off the Rust team. I can totally understand that, Rust is not Mozilla's core business, but as a Rust-lover its sad.

Personally I like Firefox and I'll probably keep using it for the forseeable future. At work I sometimes use Chrome. I slightly prefer Firefox for features and addons. And I think it's good for the internet to have an open organisation and less monopoly. It does use more ram in my experience, but not a lot.

Finally: I'm wondering what the best way to support Mozilla is.

(I think in a way devs like me are not good for Mozilla, because Mozilla gets most of their money from making Google default search engine, but if Google stops and the default changes, devs are not going to be using Bing instead. So maybe the sponsoring is mostly for less tech savvy people not knowledgeable enough to change search engine.)

maxdevjs Yeah other companies do use Rust, and some do sponsor Mozilla. But it's hard to charge for a language I think. Oracle is trying with Java (technically charge for the JVM instead of language). Don't know how well that is going, but many just switch JVMs, even big companies. 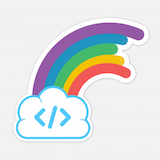 Mark I assume the point is not to charge for the language, but to be sure it will be healthy for a long time. The issues that it can solve/mitigate in products yes, could mean a lot of money. Hard to imagine Windows ported to Java...