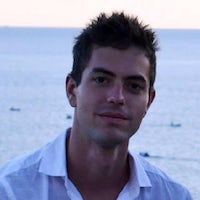 JavaScript is evolving rapidly with a bunch of yearly additions. Some of them never reach the spotlight, others get forgotten or deprecated. Let's put these into increasingly hacky editable code sandboxes. The goal is to make you play with occasional horror on your face.

The examples are taken from real libraries or apps that I have written over the years. The last few are controversial though, and I do not encourage you to use them in your code.

I usually use finally when I have to wrap other devs' functions with some extra logic. finally does this without messing with the original behavior - like return values or thrown Errors.

This example instruments the passed function with performance measurements.

These two provide truly private properties (unlike Symbols). I use them when I have to append some metadata to others' objects. Directly mutating these would be bad manners, plus you get screwed if the object is frozen.

This example stringifies the passed object and caches the result. The memoization speeds up the operation and the WeakMap usage avoids object pollution and memory leaks.

Proxies can tweak language behavior. Most of the time I use them to extend the language and occasionally I use them completely change some default behavior.

This reactive example lets you create observables and reactions. A reaction automatically re-runs when an observable - used inside it - is mutated. The snippet is extremely oversimplified but some additional coding can take it pretty far.

new Function() is similar to eval but it creates functions in the global scope, which is outside of any 'strict mode' declarations. We will abuse this fact soon.

This example gets the global object - regardless of the platform - which is currently trickier than it should be. It is also used in the ES2019 globalThis proposal polyfill.

This won't work if you have CSP set up for your page.

with extends the scope chain for a statement. Sadly, it is deprecated and it won't work in strict mode - which includes ES6 modules. A few tricks can save the day though.

This example lets you write Vue or Angular like template files and renders them in the context of the passed state.

It tweaks with behavior with the following tricks:

We accidentally created a blazing fast lightweight MVC framework along the way.

Please check the repo here and don't forget to leave a star!

I hope you found some time to play with the sandboxes. Leave a comment if you created something crazy.