I just wanted to know, whether material-ui (which is a react components package provided by Google) uses jQuery or not ? 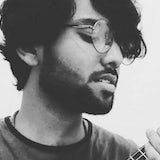 Listen kid, dig into react and you will find out that react will not work with Jquery as React itself is a view management lib and it would not like a s*it a*s library like Jquery interfering with it's work.. so, any implementation of JS that works with React HAS to be Jquery free.

That fat bloated TRAIN WRECK of developer ineptitude is responsible for more broken accessibility on websites than most any other cause. EVERYTHING I've ever seen done in jQuery falls squarely into one of three categories:

1) stuff that would have been less code, simpler to code, or more efficient to code without it.

3) Garbage that has ZERO damned business on a website in the first place.

That by itself MINIFIED and gzipped it is in the same ballbark that I would generally allow scripting in a template (at least my own, not counting social media stuff) to reach WITHOUT minification/compression? 100% grade A farm fresh derpitude!

As I'm always telling people the only thing you can learn from it is how NOT to use JavaScript -- and JUST like every other one of these stupid ignorant halfwit front-end "frameworks" the ONLY way you could think it made anything 'easier' or 'simpler' is a failure to know enough JavaScript to have any damned business using it in the first place!!!

Two thirds of its codebase is artsy-fartsy crap that only impresses script-kiddies and rubes, and does NOTHING but get in the way of usability and accessibility. All the claims of what it does makes little to no sense to me, as how it works is a convoluted pointlessly cryptic train wreck that just makes people work harder, not smarter... and when people talk about it helping work on the DOM, I genuinely HAVE ZERO DAMNED CLUE WHAT THE **** THEY'RE TALKING ABOUT, GIVEN IT SLOPS IN THE DUMBASS INNERHTML METHODOLOGY ALL OVER THE PLACE AND ENCOURAGES THE USE OF ENDLESS NODELISTS! THAT'S THE OPPOSITE OF WORKING WITH THE DOM!!!

Just look at the BS hoops you have to jump through just to get what vanilla JS these days can grab as firstElementChild.

I genuinely have to question the sanity -- much less intelligence -- of anyone who uses it by choice. JUST like other halfwit garbage like bootcrap, the only way you can see genuine benefit from its use is if you flat out do not know enough about HTML, CSS, or JavaScript to be using web technologies! No matter how much you may have deluded yourself into thinking you do.

It's not just a pile of manure, it's at least two metric tonnes of it -- enough to easily bury Biff's 1948 Ford Super De Luxe for good. 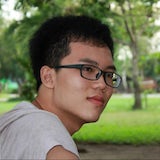 Material UI doesn't use jQuery. And most React.js library try to stay away from jQuery as far as possible. Because jQuery mutates the DOM directly, and React assumes that it's the only one who mutates the DOM. 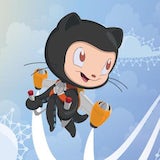 How do you comfort a JavaScript bug? You console it.. Hahaha...... Ok.

It does not include jQuery as per github.com/mui-org/material-ui/blob/master/.. 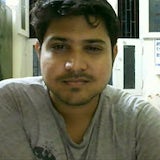