Why, Where And Who Uses Polymer.JS?

Why to use Polymer Js

Well Before starting to known why polymer. We need to know what polymer.js is.

The Polymer library is designed to make it easier and faster for developers to create great, reusable components for the modern web.

Web Components are a set of standards currently being produced by Google engineers as a W3C specification that allow for the creation of reusable widgets or components in web documents and web applications.

Web components are made up of four different specifications (specs):

Custom Elements – These enable developers to create their own elements that are relevant to their design as part of the DOM structure with the ability to style/script them just like any other HTML tag.

HTML Templates – These let you define fragments of markup that stay consistent across web pages with the ability to inject dynamic content using JavaScript.

Shadow DOM – This is designed to abstract all the complexities from the markup by defining functional boundaries between the DOM tree and the subtrees hidden behind a shadow root.

HTML Imports – Similar to import one CSS file into another, these allow you to include and reuse HTML documents in other HTML documents.

I think until now you guys might have got the basic understanding of polymer.js and why to use it, is also partial defined above.

Polymer leverages web components, a new set of standards designed to provide reusable components for the web. And the intention behind web components is to bring component-based software engineering to the World Wide Web.

Google’s using Polymer to bring its new “Material Design” look to the web, and it’s set up a page where you can explore its so-called Paper Elements in polymer.js.

Now Where to use Polymer.js.

Polymer gives us the ability to create our own custom elements from scratch and even reuse other elements to extend our custom ones. This is done by first creating a template of the custom element. For all intents, this template is a combination of HTML, CSS and JavaScript and includes the functionality that will be available when you use the element.

Polymer provides google material design for the UI so this can be used in building of hybrid mobile application. Through which the UI look and feel of the hybrid app will be somewhat similar to the new Android L interface (Android L and Polymer were designed using same UX principles of Material Interface).

Polymer.js 1.0 is production ready and being used in various famous and crucial projects.

Some of them are listed below: 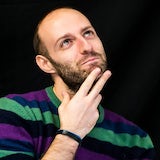 I honestly always thought about Polymer, and never understood its real soul. I mean, it looks to me as a "standard compliant React competitor"... Am I wrong? 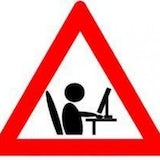 Polymer is mainly focused on creating web-component based reusable components. and polymer.js components can be used in react/Angular. where as react cannot be used in polymer /Angular. click the link for more clarification :https://facebook.github.io/react/docs/webcomponents.html