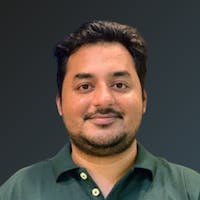 Build interesting things, and write about what you learn. Document your own achievements and be proud of them.

Every week I invite a woman developer influencer to share their thoughts on the current tech environment. We discuss their career, the products they are currently building, their current working environment, and the advice they have for all the beginner developers.

This week, I am speaking to Rachel Andrew. She is a web developer, writer, public speaker and Co-founder of Perch CMS and Notist. She's also a member of the CSS Working Group and Editor in Chief of Smashing Magazine.

Here's everything we discussed: 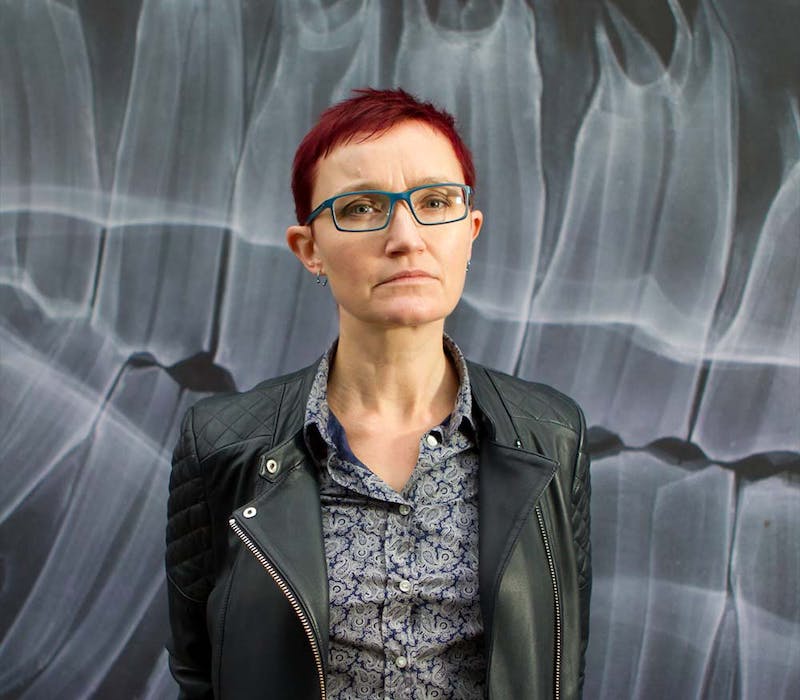 Q: Please tell us a little bit about yourself. How did you start coding?

Rachel: My background is dance, and music theatre. I was working backstage in the Westend of London as a theatre technician when I became pregnant with my daughter. As I could type I thought I would buy a Word Processor and take in typing work to make money. I was ultimately sold a computer - a Packard Bell 486 with a 640x480 screen. It was a terrible computer and I could get either the sound card to work OR the modem. I chose the modem, discovered the internet, and started teaching myself HTML.

I soon moved onto Perl, because I wanted to write my own guestbook. I didn't consider myself good with computers or math, and didn't really understand that I was learning programming until I suddenly discovered I was pretty decent at this stuff, enough so that people were offering me well paid jobs!

Q: We love your new project, Notist. Please tell us more about it. What inspired you to build it?

Rachel: As a company, Drew and I know a lot about content management. As a public speaker I speak at around 30 events per year. Notist was really about building the tool I wanted! 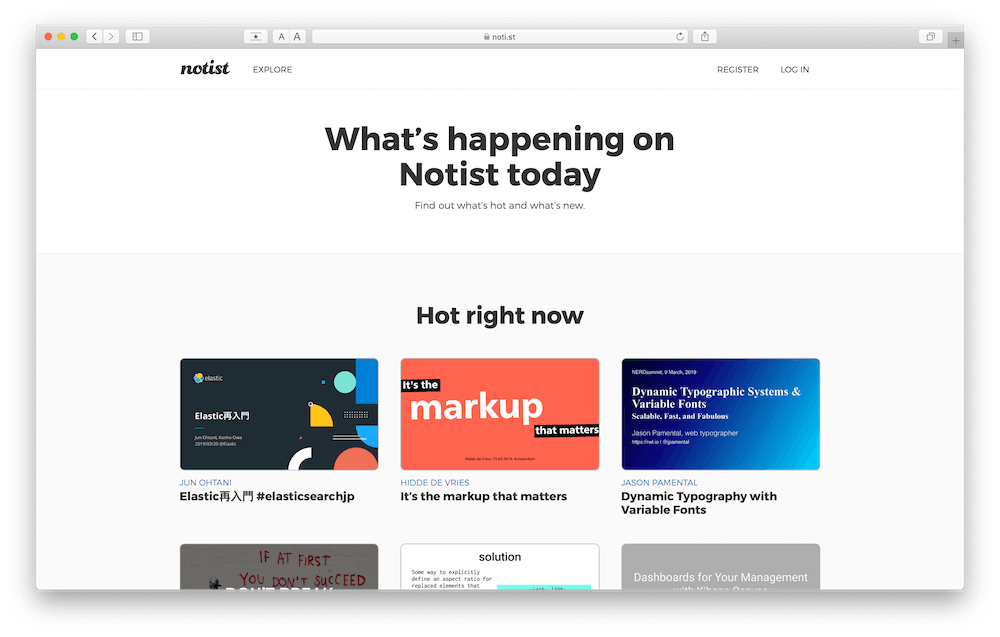 Q: What's happening at Perch? What are the next steps?

Rachel: Perch is almost 10 years old! We have some very dedicated customers and that customer base still grows. I think that there are big changes in the space Perch and similar products serve - in that a lot of small sites now go to a hosted CMS solution like SquareSpace. So our challenge is to evolve with that. 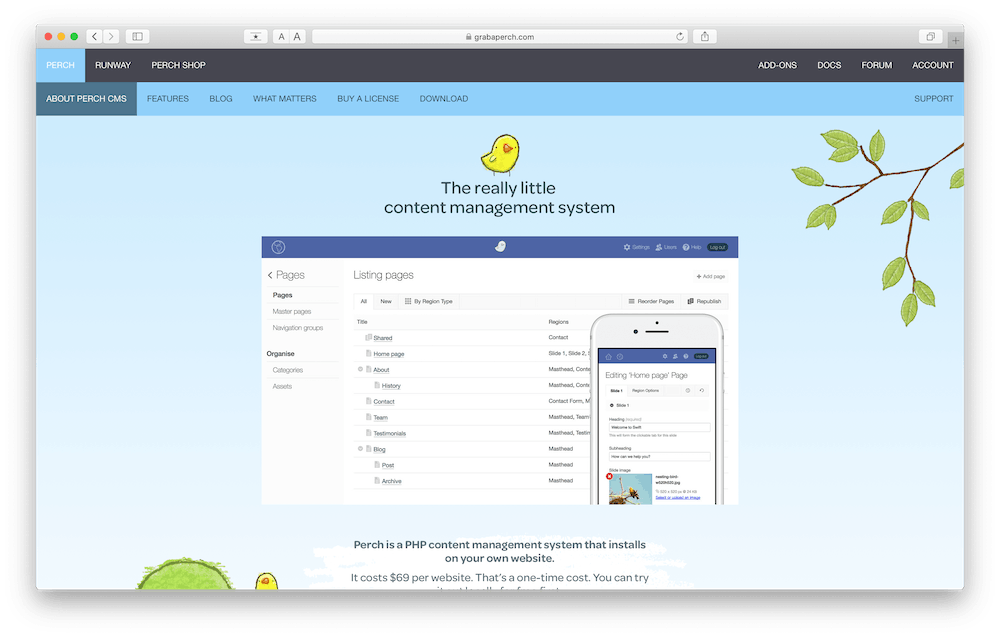 Q: How did you start speaking at conferences? What do you like the most about being a keynote speaker?

Rachel: I was a writer first, and so people would often ask me to come and speak on the topics that I write about. I was really scared to do public speaking at first, but it is a skill that you can learn, like any other. So once I had decided to do it, I spent time learning how to do it well. 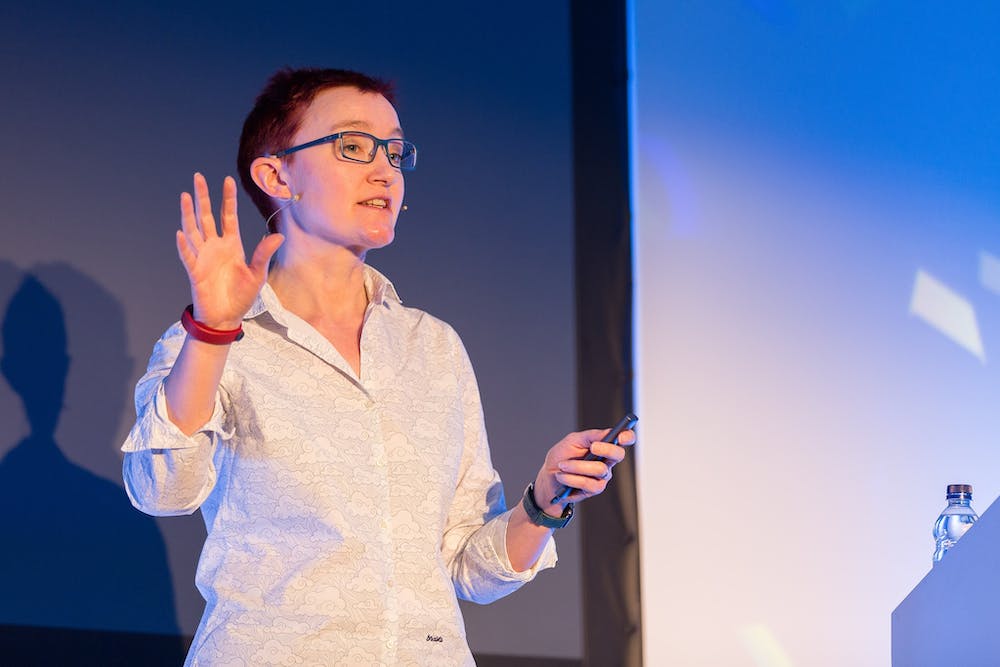 For me a big reason is that I'm an introvert, but I love to be able to start conversations about the web, about CSS. I find speaking enables that. I start the discussion on stage and afterwards get to chat with people about it. I learn a lot from the audiences too, I find out what they are interested in, the problems they want to solve and I can create a feedback loop there with the CSS Working Group.

Q: Recently, we saw many conferences were called out for not having gender balance on their list of speakers. Why do you think this happens so frequently? What can we do about it?

Rachel: I'm not an expert in this area, but I think it has to start with making your event an inclusive place for attendees. Community conferences in particular are probably going to source many speakers from people who already came to the conference, if you have a non-diverse audience, then you will get applications from that audience. If you are actually contacting speakers rather than running a CFP then it is your business to make sure you contact a diverse range of people. This means you need to be following the work of diverse people well before you get to the point of inviting them.

Q: What difficulties have you faced on your way in tech? Have you ever felt like you were not treated as equal?

Rachel: The most difficult thing to deal with is the erasure of the ideas and work of women and other minorities. People being out and out abusive is easy to point at and say "this is wrong". However another thing occurs which goes like this:

This happens again and again. It is incredibly hard to deal with, as no-one appears to be doing anything wrong. Often the people from the majority group are so nice, and say all the right things when it comes to equality. However society lets this keep happening. 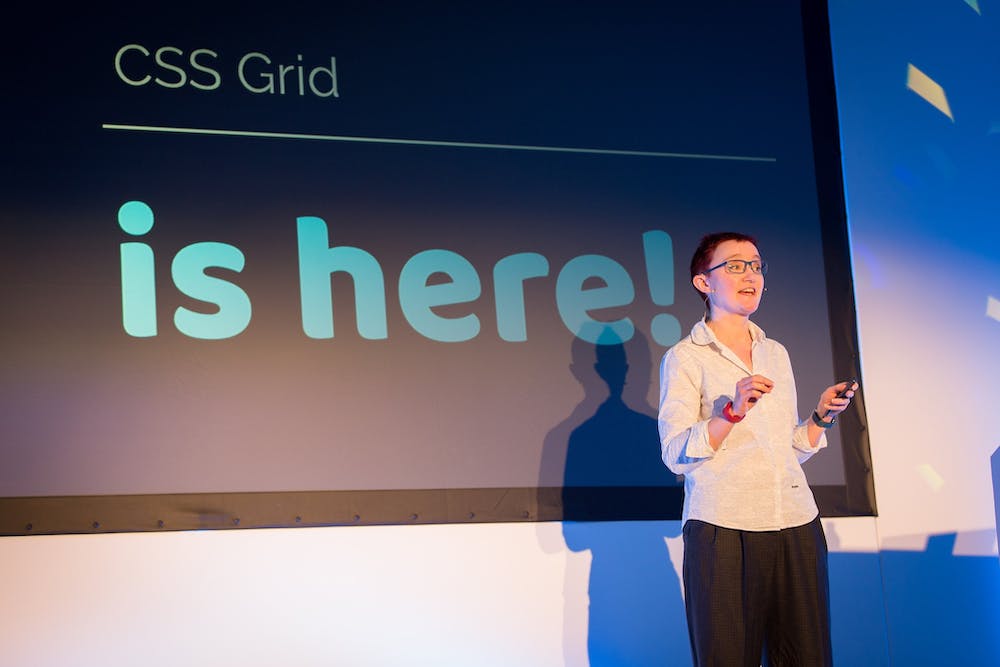 Q: If there’s a bias women face, why do you think it is still there, in the 21st century? What are some things people and organizations could do to change this?

Rachel: See above. Look to the source of information, don't just quote the person who is making a lot of noise about it today - where are they getting their information? I'd love everyone to work a bit harder at finding out who to credit, it probably won't be the person making the biggest show about it.

The same thing is true whether out there on the web, or in an organisation. Be sure to credit the right people.

Q: What do you think needs to be done to encourage beginner developers to learn programming languages and coding? Pursue a career in tech?

Rachel: I think that those of us already in the industry can talk about the various ways to have a career here - it isn't all about going to work for Google. Given that I started this career because I had a baby, I'm evidence of someone who has managed to build a career in a fairly unusual way, as an independent, while supporting my daughter - who is now 21!

Q: What advice would you give to aspiring programmers who look forward to working for companies like Microsoft or Google?

Rachel: I don't work for those companies, however the thing that has been the most important for my own career is writing. I wrote everything down as I learned about it and I shared it. That is pretty much still what I do, I'm always learning something interesting and immediately thinking that I could write an article about it.

Many interesting and career-changing offers have come through my writing, and anyone can do this. I left school at 16, I have no formal training in anything. Making a few mistakes in your English is not a problem if you can explain a technique or solution clearly.

Q: What are your favorite programming tools?

Rachel: I don't really have any. I will write code in whatever is on the computer in front of me. Currently I use VSCode. 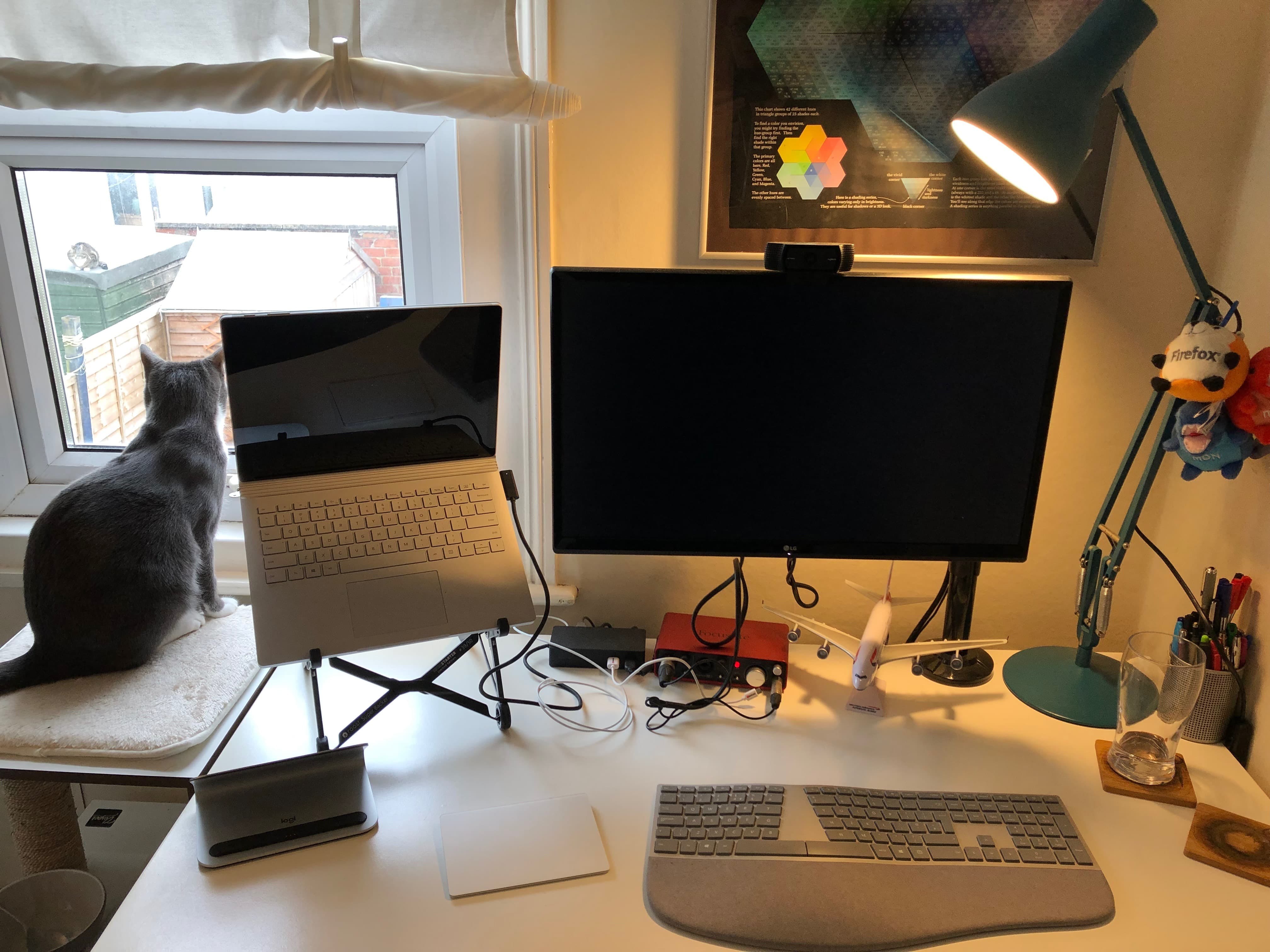 Roost stand for the laptop (I travel everywhere with this)

Apple trackpad, because there are no good Windows ones. I use it lefthanded although I’m righthanded because I have reduced use of my right hand following an accident where I shattered my elbow.

Surface Ergonomic Keyboard. The little red box is for my audio setup for recording.

My cat Pixel has a seat next to the desk, he is looking out the window because he saw another cat out there!

Q: Thanks a lot for answering my questions, Rachel. Finally, what would be your message to women trying to get into technology?

Rachel: Build interesting things, and write about what you learn. Document your own achievements and be proud of them.

#programming#general-advice
Start a personal dev blog on your domain for free and grow your readership.

I wrote everything down as I learned about it and I shared it. That is pretty much still what I do, I'm always learning something interesting and immediately thinking that I could write an article about it.

is what I try to do and the way I've kept my personal blog.

Nice interview and great to know this awesome woman.