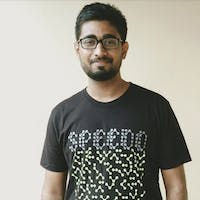 There are some extremely powerful CSS properties that have good browser support but are rarely used by the developers. currentColor is one of such properties.

The currentColor keyword represents the calculated value of the element's color property. It allows to make the color properties inherited by properties or child's element properties that do not inherit it by default.

In this article, let's get an overview on how to use CSS currentColor keyword in some interesting ways.

The currentColor keyword takes up the value of the color property in a rule and assigns it to itself.

In the above code snippet, you can see that instead of repeating the same color value everywhere, we have replaced it with currentColor. This makes the CSS much more manageable as you don't have to keep track of color values at different places.

Lets checkout some possible use cases and examples for currentColor:

Things like like links, borders, icons and box-shadow that usually follow the same color as their parent can be simplified by giving the currentColor value instead of mentioning the same specific color value again, and again; thus making the code more manageable.

In the above code snippet, you can see that instead of specifying a color for the border, and box-shadow, we have used currentColor in these properties, which is automatically chabged to "red".

currentColor can be used to make the transitions and animations much simpler.

Let's consider the example code from the earlier use-case, and change the color on hover.

Here, instead of writing three different properties in the :hover, we just changed the color value; and all the properties using currentColor would automatically reflect the change on hover.

Use with psuedo elements

Psuedo elements like :before and :after can also take up the currentColor value from its parent element. This can be used to create things like "tooltips" with dynamic colors or "overlays" with the body color, and an opacity to give it a translucent effect.

Here, the :before psuedo element will have the color and the border-color from the parent div and can be manipulated in building something like a tooltip.

SVGs can also take the currentColor value from the parent elements. This can be really useful when you're using the SVGs in different places and want to inherit the color from the parent without explicitly mentioning it every time.

Here, the svg would have the same fill color as its parent element and will change dynamically depending on the parent element's color.

currentColor can also be used for creating CSS gradients where one part of the gradient could be set to have the currentColor of the parent.

Here, the top part of the gradient would always have the color that the parent element has. Though there's a limitation of having just one dynamic color in this case, this still is a neat trick for generating dynamic gradients based on parent element's color.

Here is a Codepen example demonstrating all the above use cases.

The CSS currentColor was derived from the SVG spec into CSS3, and has been there since 2003. Thus, the support for currentColor is pretty solid, with the exception of IE8 and lower versions.

Here's a chart showing the current browser support information as mentioned on caniuse.com:

CSS currentColor is an under-used, albeit great feature. It has great support and brings a lot of possibilities onto the table aiding you to keep your code much cleaner.

While the CSS variables are on their way, making the use of currentColor a habit, would definitely be rad.

This was just a short take on a topic I found interesting, and thought a few others would too. Let me know of your thoughts in the comments below! 😊

#css3#css
Start a personal dev blog on your domain for free and grow your readership. 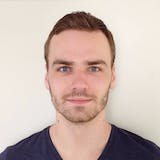 Great story! I had never heard of the currentColor property before. It's definitely something I'll be using a lot! 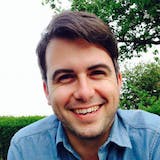 Same here. Didn't even know it existed until now... feel so behind the times on front-end stuff lately :( 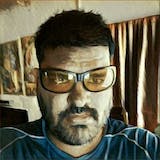 #UX Engineer - Designer/coder with a passion for #rwd #usability #Accessibility and performance.

How it is different from inherit?