A little sad, open source a project with only a few stars

The open source project was released for 1.5 months, only 41 stars, a little sad, but also some people look at it, but rarely give star, Who can help me analyze ? What is the problem that makes it unattractive?thanks...

This site can’t be reached makajs.org’s server IP address could not be found.

Your DNS is only propagating for about a third of the world.

I do like the idea of using JSON to declare element structure, that part is much akin to my own DOM-JON concept, which uses CSS-like "selector" syntax to declare the elements.

Difference being this is server-side not client-side, and I don't like the concept of inlining the view hooks as variables printf style, the cornerstone of how stuff like react works. It encourages rewriting the entire element or element tree and/or swapping all of it on the client side, instead of just changing the one part that needs changing.

It's too much like react and vue, two things I absolutely abhor finding them painfully agonizingly hard to use compared to just using html, css, client-side JS, and whatever server-side language I'm using without the frameworks.

But I have that problem with pretty much all front-end frameworks. There's this line that divides a library of helpful functions from a framework, and when you cross that line I've universally found them to be utter and complete junk.

I wouldn't use it. What it does is conceptually incompatible with the good practices of using HTML, CSS, or JavaScript. Just like React, just like Vue, and just like every other "framework" out there.

BUT from where I sit, it does look like an improvement over react's "lets have people use markup for something that shouldn't even be markup" approach.

-- edit -- Oh, also being JSON you could pass it as JSON client side for CSR enhancement whilst still having SSR fallback -- that's a good thing. Write once, use many times. 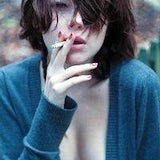 I need some time to think about what you are saying, maybe the current framework does not inherit the previous technology well when it shows its strengths.

To me, 41 stars in 6 weeks sounds quite good :-) There are some big successes on Github, but 99% of the projects doesn't get 5 stars in a year. Admittedly this one has much better information and website.

I think there's just a lot of frameworks in that space, many of them mature and backed by big companies, so it'll be hard to attract people...

In that sense, I think it's good that you immediately explain what the advantage of 码咖 is. That's the first thing I'd ask myself. The usage instructions are also important and present.

The space saturation part is a really good point. A lot of times it's not about being better or having a different approach, it's about overcoming years of momentum against whoever got their foot in the door first.

As a baby and not a good father, no one will pay attention to him, this is really a problem，Thanks 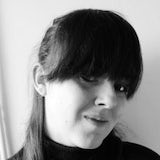 I'm quite new with learning about these frameworks and it looks a lot more simple to use than some other ones I've seen! The only thing that got me a bit confused was the diagram on the first page, maybe make it a little bit more friendly to the eye and people will understand a bit more.

Otherwise seems quite cool, I marked you was watching and stared it. I'm a full stack so I'm quite open-minded to the technologies that I will use now and for the future and it might come in handy at some point x

Keep up the fab work!

Thank you, since I started, I will try to go on. I will optimize the project documentation so that people can find its advantages more easily.