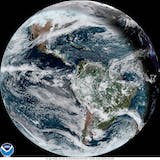 I'm chasing something I don't know.

“LISP has been jokingly described as the most intelligent way to misuse a computer. I think that description a great compliment because it transmits the full flavor of liberation: it has assisted a number of our most gifted fellow humans in thinking previously impossible thoughts.” ― Edsger Dijkstra

“Lisp is worth learning for the profound enlightenment experience you will have when you finally get it; that experience will make you a better programmer for the rest of your days, even if you never actually use Lisp itself a lot.” ― Eric S. Raymond

The most powerful programming language is Lisp. If you don't know Lisp (or its variant, Scheme), you don't appreciate what a powerful language is. Once you learn Lisp you will see what is missing in most other languages. ― Richard Stallman

Take Lisp, you know it's the most beautiful language in the world - at least up until Haskell came along. ― Larry Wall

SQL, Lisp, and Haskell are the only programming languages that I've seen where one spends more time thinking than typing. ― Philip Greenspun 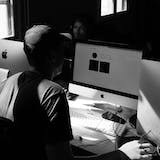 go on, APL will get some love.