What is the most horrible programming language or technology you have worked with? 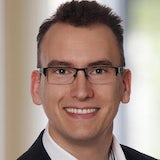 I think there are a lot of languages that have some burden but I never hated a language. Some of them are harder, some of the more beautiful but in the end every language has its benefits and use cases. We should be more thankful that someone invented these languages and take decades to make a language better and better.

After some years, I would say that JavaScript as a working language is not too bad. You have to be very diligent to work with JavaScript and TypeScript or you will have very quickly a lot of Anti-Patterns.

I think the least preferable working language is for me personally SAP ABAP with Web Dynpro or more specific all proprietary languages that are only invented for a pretty small circle of developers. Oracle does that also a lot like Server Script or their CRM System.