I am Aaron Patterson (tenderlove), Core team member of Ruby and Rails, and Software Engineer at GitHub. Ask me anything!

I have noticed several developers are migrating from ruby to new languages, not because these new languages are better, but because developers like to be trendy. Do you agree this is not good for a developer's career? Since the developer doesn't deepen their knowledge in the language details and never becomes a real senior in the field. Also, companies are hurt by the lack of senior professionals. 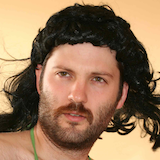 Programmer and Friend to Cats

I do agree with this. I think it's still possible to be a good systems programmer even if you switch languages, you just have to study POSIX. You'll have to learn how POSIX stuff is handled in each new language, and that can be a barrier. But I do think that frequent switching makes it difficult to be a senior in that language.